- More sync optimizations!
- Team popularity counters (for statistics so we can see how popular teams really are)
- Map: fixed another map hole in sf, added 2 tiny bridges in submarine pen
- Kamikaze kill attribution: bug found and fixed.
- Changes to pickup system (various fixes to do with time wraps.. internal, should have no visible change for players, but if you see any changes, report them asap.)
- Vehicle attached objects: moved to streamer, this should greatly optimize how fast the game loads for people.
- Some performance optimizations internally
- Experimental code to try and figure out cause of claimed / perceived worse weapon performance on partyserver compared to other servers
- Fix for a few anticheat cheat framing bugs that caused players to be banned
- Experimental anticheat for blatant health hacking
- Increased amout of concurrent turf wars to 20
- Some optimizations and changes in spectate panels, admins...
Continue reading...
Feb 6, 2016

I just had my home computer, the one used for all script development die 2 days ago.

The motherboard has died, it no longer recognizes any hard drive. It appears that sata chipset has been fried or gone nuts.. whatever scenario, the motherboard also has a few bad caps and has lived over its expected time as-is, it also barely boots - it takes 10 tries to even wake it up, then it will not boot as it doesn't recognize any drive, so which basically makes it useless, drives were however tested via external hdd dock and are all ok.

The pc was custom built inside small chasis and with core 2 quad cpu and 4x2gb DDR2 ram sticks, ideally i'd replace just the motherboard, but replacing also ram and cpu would cost a lot more and i can't even afford to replace the motherboard right now.

So this is why i'm running the fundraiser to have motherboard replaced, the pc...
Continue reading...
Feb 5, 2016

- Spawn shooting desync plugin was modified to potentially fix some on-foot movement glitches during shooting
- Updated some other plugins too
- Attempted to fix spawn protection issue outside spawn areas
- Added debugging commands to figure out cause of the skin bug
- Streamer plugin is now used for more objects. As a result this gives it a few seconds faster initial connection to the server. Server should now be more stable and more pleasant to connect to (less various connection problems)
- Kamikaze statistics tracking: will try to identify if kamikaze is being used way too much to target and grief specific people

Please do report if people can still get spawn protection outside spawn zones or if this is now fixed.
Continue reading...
Jan 28, 2016

- Spectating panel should no longer use excessive sync data and disconnect spectators, with that there might have been other glitches introduced related to spectating, please report anything special.
- Less unneccesary data is sent immediatly when connecting - people should have more stable networking protocol on joining the server (less chance to experience "illegal nickname" / "you are banned" sa-mp bugs ).
- Team variation skin bug debugging and potential fix, let me know if it works, if not then PM me for instructions on how you can help with this.
- Admins now have a reports counter on screen to more easily see when reports are getting handled and where their action is needed.
- Removed bull on the tram - it was out of place, looked dumb and caused various glitches and sync issues, sorry for that.
- Some changes in turfs around chickens (making their turf size more comfortable, it was rather small...
Continue reading...
Jan 11, 2016

We have decided to simplify taking in new admins, while everything else still applies that you need to get enough support from staff when they vote for you you can now submit your admin application at any time you wish.

It also shows players, but does not identify who it is (unless you are an admin), this is to prevent making stalking / harrassing too easy (you have /gps.. use that).

Also, the data does not update constantly (player position and turf owners are loaded when page is loaded only - this will be improved in a later update)
Continue reading...
Jan 1, 2016 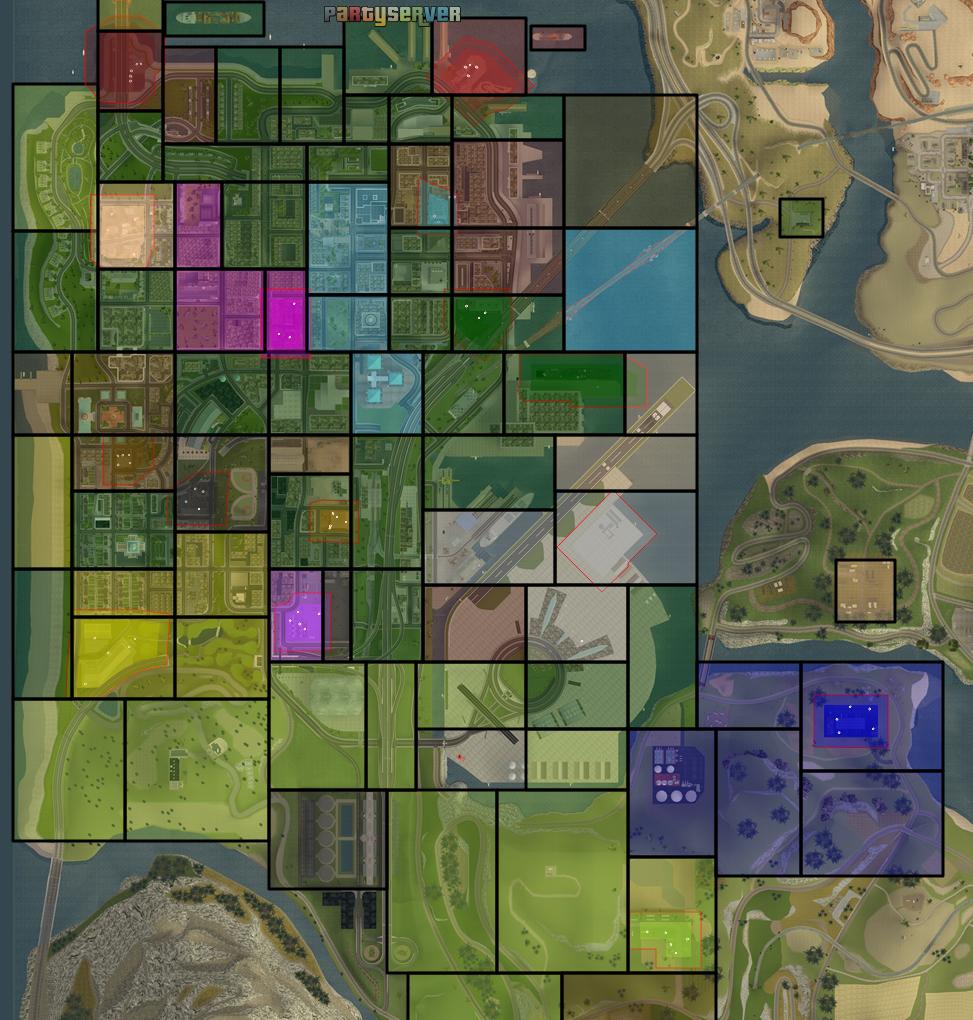 No more weird overlaps, no more strange illogical zones. Whenever possible the zones now go by middle of roads (so that you know where to stand to start wars).
Turf areas around pilots were also modified because of new pilots spawn area, chickens spawn is also bigger, and mafia area was also redesigned.

Dec
04
by RedShirt at 10:23 AM (3,002 Views / 5 Likes) 24 Comments
Like we did a few months ago, i have again removed some older bans, mostly on people who have been banned under old spawns system & rules for spawnkilling.

The basic condition is that the person was a regular, not banned for aimbot & cheats, the ban was made more than 3 months ago and not banned explicitely for breaking a serious rule.

Let's hope the unbanned players don't find another way to get in trouble again.
Continue reading...
Page 4 of 13
XenPorta © Jason Axelrod from 8WAYRUN.COM